This is a little hack that lets you generate custom Fork-Awesome builds with only a subset of icons. 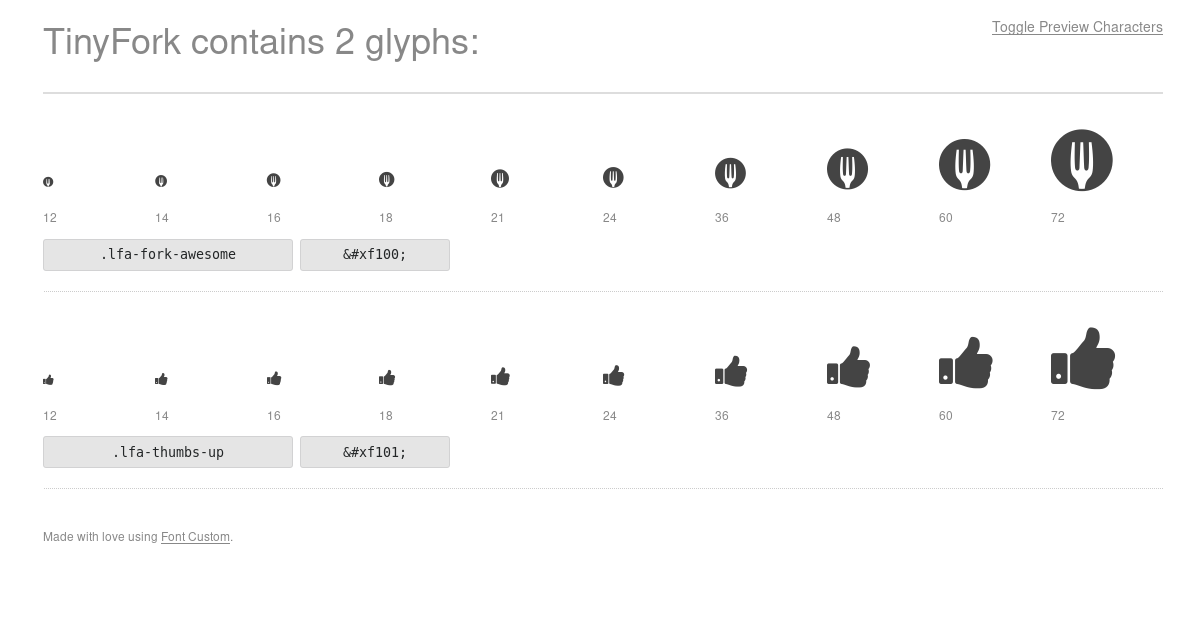 Mostly dependencies of the Fork-Awesome project:

How to use it

The generated font should be compatible with the Fork-Awesome CSS. However, our CSS is different.

This version does not include any of the FA helper classes (like fa-spin), and you also don't need to use the fa class to apply the font. Simply add the icon class, like fa-star, to your element, and the icon will appear in its ::before pseudo-element. This behavior is similar to fonts generated by fontello.

Note that the icon does not include any spacing by default. If you want it, add it in your custom CSS, or include spaces in your HTML (perhaps using &nbsp;). You can also customize the CSS template in patcher/css-template.css; this is used as a header, followed by the icon codes.

Another way to add the icon to an element is by adding data-icon="&#1234;" where &#1234; is a character entity code you copied from the preview HTML. This is a bit harder to use, but may be useful in some situations. You can also use this method to sneak emoji or other characters into your pages as icons, but you have to html-encode them first.